Yes Tony that is a good enough reason for picking the “Grand Theatre” Which is indeed the write answer.

But my reason was a little more subtle, Out of the eleven venues eight of them were built especially to show Films. But the “Grand Theatre”, “The New Theatre Royal” and the “Hippodrome”  were built initally as Theatres’.

But on the 15th June 1931 The New Theatre Royal initially a Variety and Music Hall, became a cinema and in 1948 changed its name to the “Clifton”.

The “Hippodrome” Music Hall opened on the February 21st 1921 on the site of the old “Empire” Theatre in Queen Square.and many great names from the world of live entertainment appeared there till it unfortunately caught fire and was demolited in February 1956.

In 1931 though the “Hippodrome”  had a  short 12 month career as a cinema , showing films  as the “Agricultural Hall” on Snow Hill was demolited to make way for the building of Wolverhampton’s first Super Cinema “The Gaumont”. 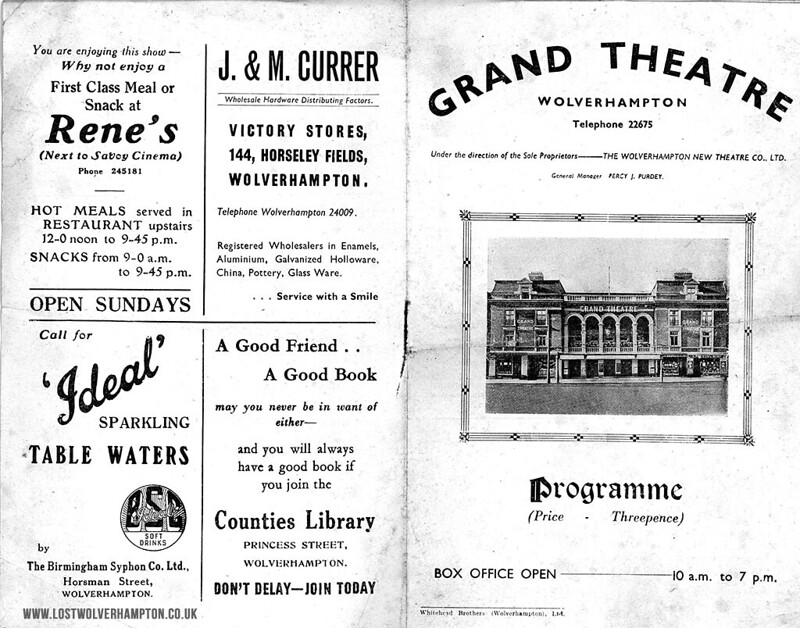 So the answer I hoped someone might come up with was The “Grand Theatre” because it was the only one of the eleven venues that never showed films.