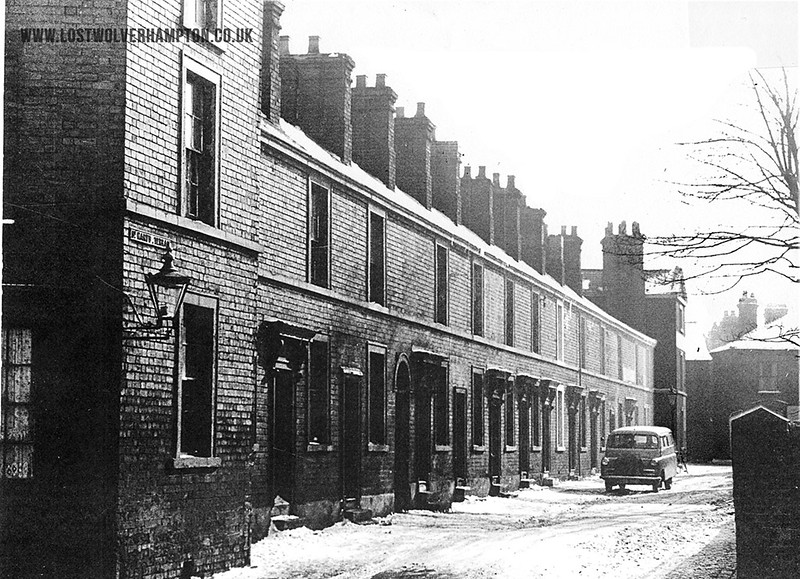 Hello June, This is a mid 1950’s winter view of St Mary’s terrace. Your house No.3 was probably the one on the left of the entry. If I remember rightly the Eagles were on the right of the entry.

I called on John and Brian Eagle often as I might have mentioned before we all went to St Patricks Church and St Josephs school. I can recall the row of toilets across the back yard a few yards from the houses.

When the terrace was being demolited in the late 1950’s the late Charles Harrington a signwriter from North  Street was passing as the took down the cast iron sign, he aquired it and for 50 years it was featured on the back garden wall of his bungalow at Whitwick.I hoped to have it when he died but that hasn’t come off.