This query was posted on Wolverhampton in Old Photographs by Freddie Evans
When I was a nipper .me old Mon used to do building work and he told us that when work in in wolvo town they came across a big rat as big as a dog remember seeing the photo he kept from E/S but hey has anyone still got a copy .think he was work in down by the market end of town .he was on the photo. THANKS.***
This little piece is for Freddie and likewise interested members. 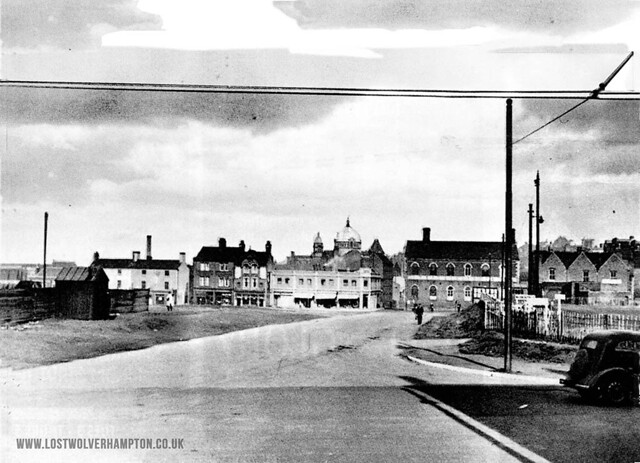 This now large area of waste ground, once known as Brick Kiln Croft. was the result of slum clearance in the late 1930’s between Peel Street , Salop Street and Bennetts Fold.

And this patch of ground would provide grim news in 1934. When – the Express & Star headlines stated that:
Wolverhampton had became a town of terror.

The “Peel Street Monster” it said, was roaming the Brick kiln Street area attacking children, and it had sprang up and attempted to bite the throat of one pursuer. It was later eventually cornered and crushed with a brick.

Hundreds of people gathered in Salop Street to watch council workers, trying to verify if there were more of these creatures about.
The would-be monster, was later identified as a coati-mundi, a raccoon type animal from South America, how it got to Wolverhampton is still a mystery.