It is easy for younger Wulfrunians to mistake pictures of “The Old Barrell Inn” and the former “Hand Inn”,(Copper Kettle) and of course (Lindy Lou).

Because as you see, they are very similar in appearance and age, and also used to stand quite close to one and other in what became Victoria Street. 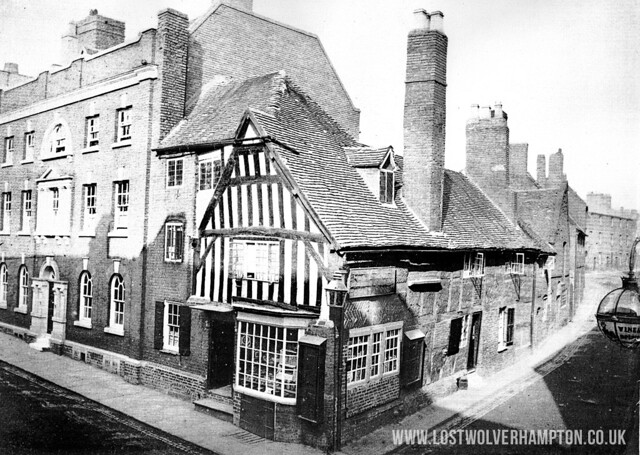 Victoria Street-John Street corner in 1872.The timber framed house, dating probably from about the time Thomas Cromwell and Henry VIII were suppressing the Monasteries.
It was known as “The Hand Inn” as early as 1609.
When this photo was taken it was in the possessionof James Taylor,baker, and one year later passed to the Hughes Family

The very fine brick house to the left, was once occupied by the surgeon, Walter Stubbs in 1770.
We had many of these late 18th century houses in town at one time, although this one has been partly saved today, its lovely facade has now been sadly mutilated.