For David on Wolverhampton and Surrounding Areas.
The Old House In Barn Street.

On Isaac Taylor’s map of Wolverhampton, made in 1750. these premises seem to lie between Barn St (later Salop St) and “Brickkhill Lane (later Brickkiln Street).

As the timber frame shows they date from the 17th century adjoining them on either side are houses built in the early 19th century .

The photograph was taken in April 1913, when the Theatre Royal, Bilston Street, was at the Mercy of the Mormons. (As noted by the poster on the side
wall.)

The large derelict building on the opposite side of Peel Street was after the first world war cleared and became Samuel Westwoods Coal yard.
Who’s Grandaughter Kate Hartland-Westwood is a member of this group.

The area behind the old house known as Brickkiln Croft, was cleared a decade later. 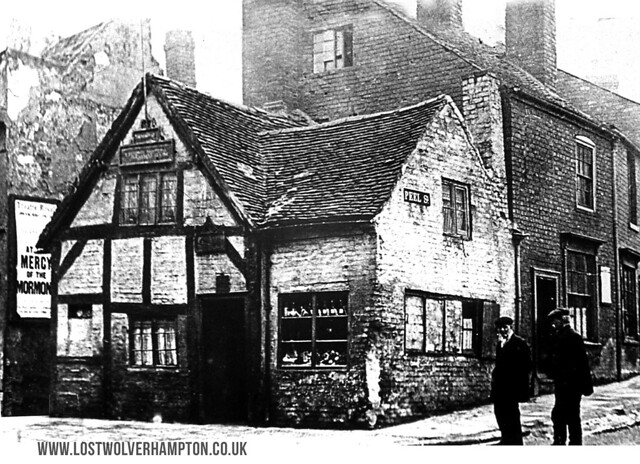