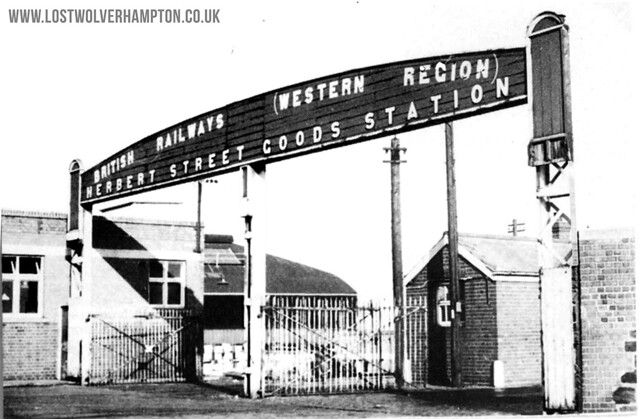 The cracking entrance to Herbert Street Goods Yard in the early 1950,s.

I can remember at the time just after the war this area around Littles Lane and Broad Street Basin was our playground and one of the many dares we used to do at that that time was to scale this formidable entrance and scrawl across.

Sadly, British Railways decided that a lot of goods traffic was uneconomical to handle, with the result that most goods yards were closed in the 1960’s

Herbert Street remained open until about 1974 , after which Carvers acquired the premises . and we lost this ornate 1931 Goods Station entrance. at the bottom of Littles Lane.
But the single story former GWR offices were retained and have fortunately survived the fire, so hopefully a vestige of the “old days” will remain.