The following photograph of Market Street dated around 1922, was taken looking up from Princes Street with Queens Street Congregational Church on the left which now of course has been replaced by a job centre.

On the opposite side of market Street, immediately behind the policeman,was Briggs and co, boot factors, on the corner of little Queen Street ,
Next door was W.J. Rawlins Hairdressers & masseurs, (soon to re-move into Queen Street).

Then next on the left was Paleman & co, manufacturer of art & needlework and ladies and children’s underclothes.

*Then the lady with the bicycle is standing outside the premises -with the large gates originally belonging to Mottrams Wolverhampton Brewery – whom incidentally in 1851, were offering there strongest ale, at one shilling and sixpence a gallon, or 8p in todays money.

At this time it belonged to the Old Wolverhampton brewery. 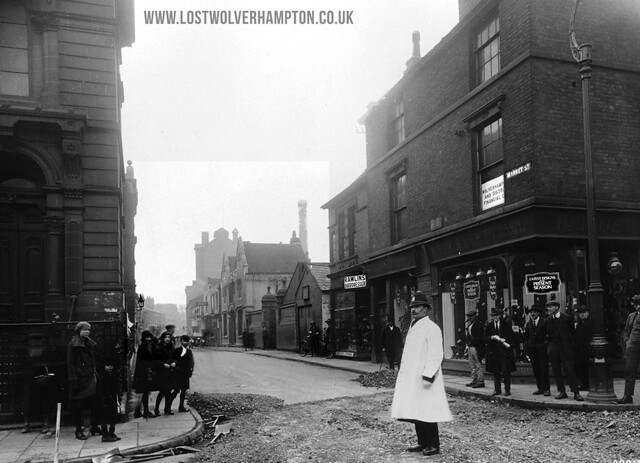