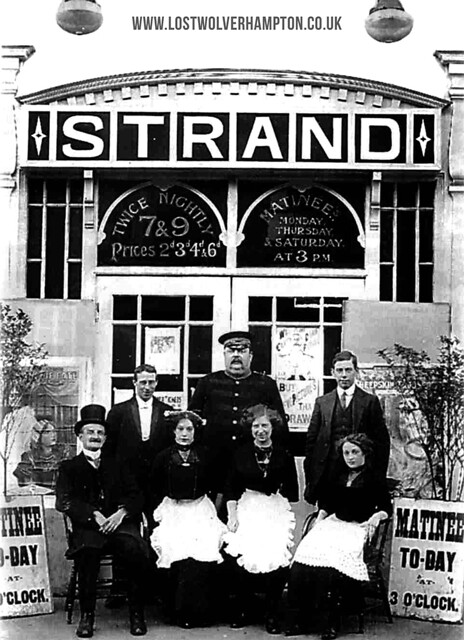 The Rex Cinema. Colman Street. in the first instance it was known as the Strand.

This photograph was taken during the First World War and shows the staff posing outside the new Strand cinema in Whitmore Reans, opened in 1912 by a Mr Jackson, who had converted his bakehouse into a little cinema.

The Strand only ever showed silent Films,