It still wasn’t finished yet, and it reopened again in August 1947 as the The Rex Cinema.

Kismet starring Ronald Colman and Marlene Dietrich was the first film to be shown at the new Rex.
And it was shown by my the new projectionist who happened to be my Uncle Dennis.
In the couple of years he was there, I spent many a happy hour with him. up in the projection room and he gave me lots of film still taken at the time he spliced and joined the reels.
Did anyone else have one of those little rubber film veiwers bought from woolworths,at that time? 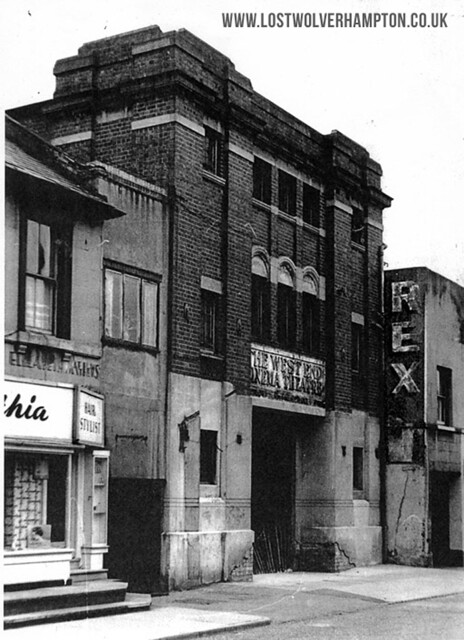 The Rex though didn’t last long and is pictured here shortly before demolition in 1960 – The Avion Centre covers this ground today. If you look carefully, you can just make out the former old West End sign above the entrance.