The story of Giffard House, and the adjoining chapel of St Peter and Paul, with its Catholic Infant and junior schools , would feature quite frequently in the history of my family over the years.

My father’s family were strong Catholics, and living just off North Street, all attended the Church and School.

When my father married, although my mother was Protestant, they still had their marriage there in 1936, and all of dads family did likewise.

My first visit to St Peter and St Paul, was at the age of seven in 1944; the occasion being dads sister, Josie’s wedding.
I was there again the following year, this time for the wedding of dad’s youngest sister Doreen.to Dennis Cooke awaiting demob. 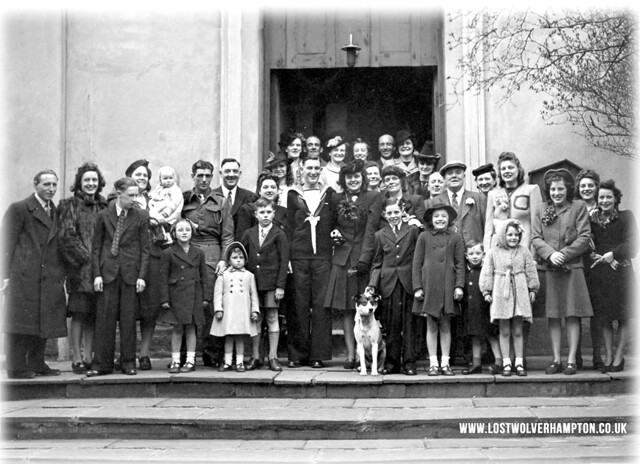 The Wedding party of my aunt Doreen, outside on the steps of Ss Peter and Paul in 1945.