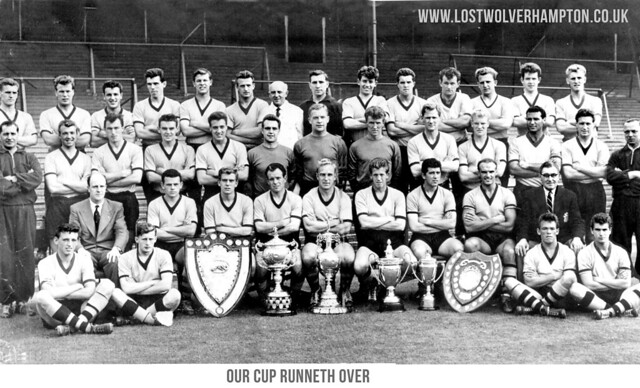 C’mon Me Babbies – this the first Wolves side that I became aware of, containing the names of legends that made Wolverhampton Wanderers great. Where do we start: Billy Wright the best captain we’ve ever had, Peter Broadbent – arguably the greatest ever Wolf, Bill Slater, Ron Flowers …. We could go and and on
March 2 at 8:08pm · Edited · Like · 1

Thanks for the welcome everyone. Wolves still a chance to go up if a few things go their way. Losing so many games in a row late last year didn’t help. Found a plastic mounted football card of Billy Wright in a little second hand store on the NSW Central Coast. I thought it was an extraordinary find considering the location and Wolves not being a fashionable team to follow. Anyway good luck for me.
March 2 at 10:16pm · Like

Last season we had to start at the bottom, i have faith with a little bit of luck we could be celebrating again. Up the WOLVES.
March 31 at 12:05pm · Like