The first picture the is of the two hundred yards, between Then Charles Street and Nursery Street situated – opposite The Quickfit garage and the Maltings today, fronting Faulkland Patch.

My Comments where:
The top photo is of Carvers Purpose built building dated early 1960’s. They moved there from the top of Stafford Street in the mid 1950’s.

This photo I have placed below – shows the demise of the shops in the late 1950’s which left the waste ground, from Charles Street to the Carvers Building.
Today that building part of the University, and stands opposite the Maltings 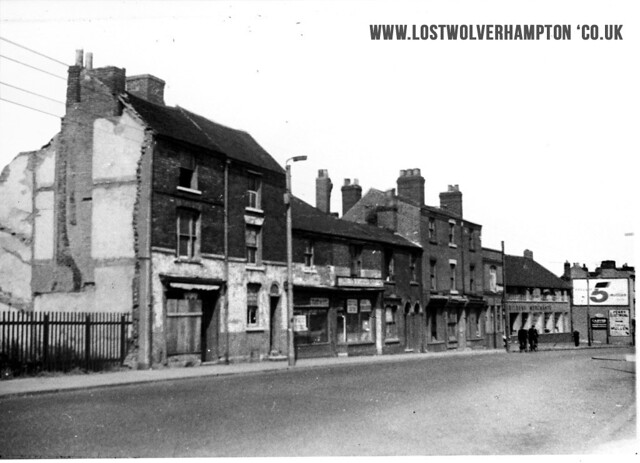 The bottom picture dated about the same time. Shows the waste ground where E.L. Bouts Motor Engineers removed to Merridale Lane. from.
Opposite the hoardings (on its last legs) is the former YMCA complex re-located then to Thornley Street .

This photo I have placed below is a little earlier and shows, E.L Bouts across on the right facing Copes Motor Cycle showrooms with the University replacing all the old shops on the top west side of Stafford Street in 1956.
While on the east side at the corner of Littles Lane is the former Percy Thomas Dance Hall part of the YMCA complex 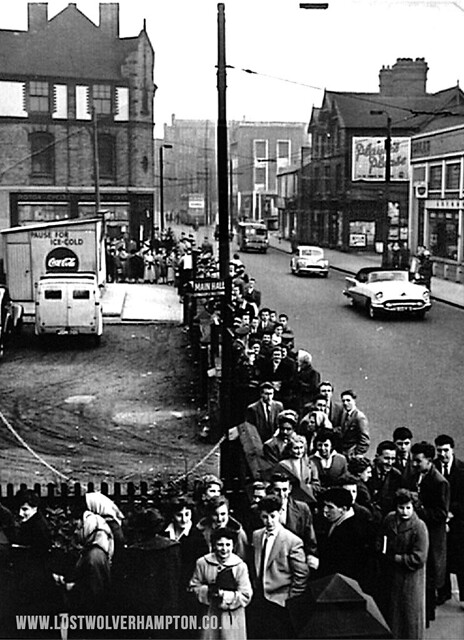 I hoe that puts you in the picture!.