This photo John as you may recall shows the top of Cannock Road from Stafford Street circa 1970’s.

The waste ground has been left by the demolition of the Ansells Public House “The Junction”.

In the back ground you can see “Culwell Terrace” (Which as you now recall was on the opposite side of Cannock Road to the terrace adjoining the Elephant & Castle.)

I had a schoolfriend Terry Thompson who lived at “Culwell House” the large detached next to the terrace on the side of Great Western Passage.

Although I can’t picture him now There was a Frank Ellis living at No. 14 in the 1950’s, and I can remember the Five houses if i’m correct that formed the Terrace.

The houses were three storey’s high with cellars beneath each one, entrance to the cellars was from the living room and outside each front door, was a manhole cover so coal deliveries could be placed into the cellar.

The terrace was fronted by large gardens from the Cannock Road. 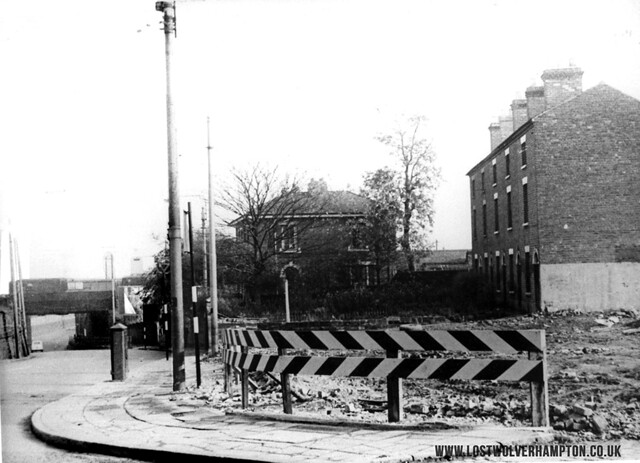