I would be special if a relative or friend could add further info to this evocative snap. 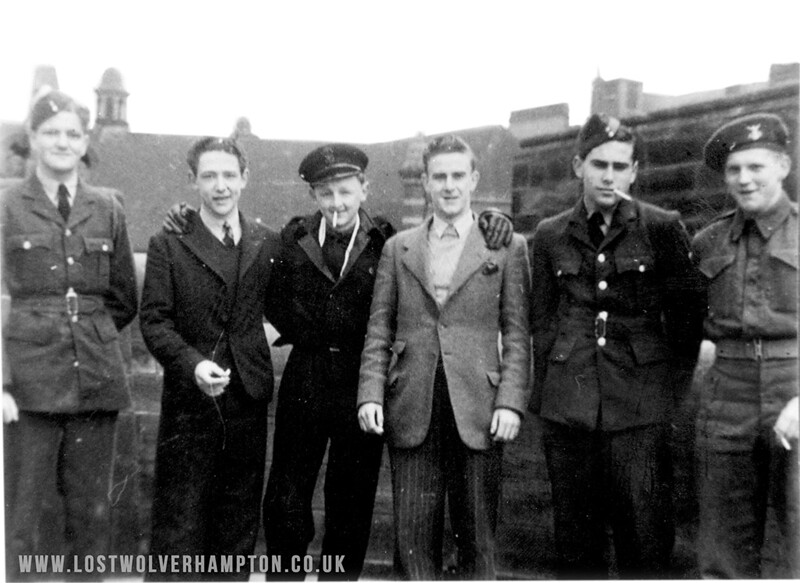 Army the Navy and the Airforce

This photo of four pals recently called up in 1942 has been included here because of its connection to Wolverhampton, and the 70 year anniversary of the end of the last war.

It shows local lads, pictured on St Peter’s Steps with the Wholesale Market in the background : Roy Jones, Army. Barry Chevasse, Navy. Mike Retallek and Max Warner, R.A. F.
Finally the chap on the right still in civvies was Johnny Lowe who’s Mother and Father were the Licensee’s of the Kings Head Dudley Street,at this time in 1942.