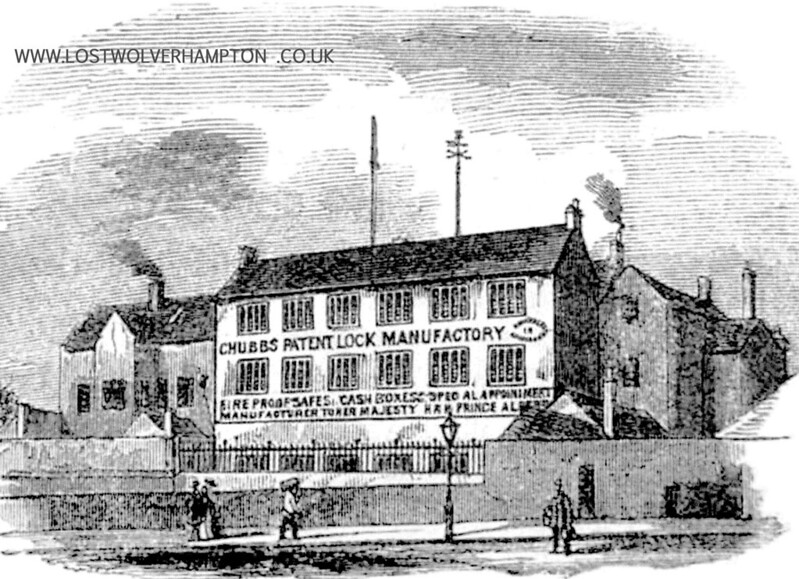 When Chubbs Lockworks took on the vacant building in Workhouse Lane the top of Horseley Fields and the old workhouse tenants moved to the new building near the bridge on the Bilston Road, in 1839, although there were some improvements to the old system, the spartan treatment of the paupers continued, and there can be little doubt that the children were treated as badly, as before.
They had some teaching, using pupil teachers, and the purpose and content can be guessed from a report of 1849 that they had been examined ‘in the historical points of the first five books of the Old Testament. The Poor Law commission had to insist that they brought up in the religion of their parents.
The teaching was intended to fit the boys for labouring work and the girls for domestic service, and there is a report on the fate of one group of these girls.
Of twelve girls sent out for service in a period of six months one had died, nine had been returned as useless, and two had been retained.
The Guardians were surprised to find that the girls were returnes as soon as their were worn out, and decided in future they must insist on a weekly wage of nine pence from which the girls could clothe themselves.
From 1860 the children had the good fortune to come under John Dutton, a schoolmaster of remarkable qualities. He devised a scheme to enable them, at least for a short time, to leave the surroundings of the Workhouse.
He formed a drum and fife ban, and taught the boys to drill.
They became a popular form of entertainment at the larger houses in the district and and at public functions,and were the boys went so did the girls.
In may 1860, they gave a display in the Rectory grounds on Waterloo Road, they were all fed, and had the pleasure of hearing Rev Isles reminding them ‘of all that had been done for them, that day and previously’.

The following month they performed at Chillington. Hundreds turned out to see them march to the station and on their way from Codsall it was said; ‘old ladies cried with pleasure’.

They were an attraction at the annual fair parading in front of the Exchange, and the following year, the idea have spread to other schools, ‘there was a gathering of school children on the the cricket ground at the back of the Rectory on Waterloo Road’the Union boys being accompanied by the boys of the Bluecoat School and St Peter’s.
‘The system of Drill’said the Press ‘has been introduced to other schools.’ They were becoming very skilled, executing movements ‘of a more advanced character than we are accustomed to see at the drills of our own riflemen, including echelon march of subdivisions and sections taking ground to the right and left’.

As a just reward they had plum cake and ginger beer and a barrowload of toys from the St Peter’s congregation.