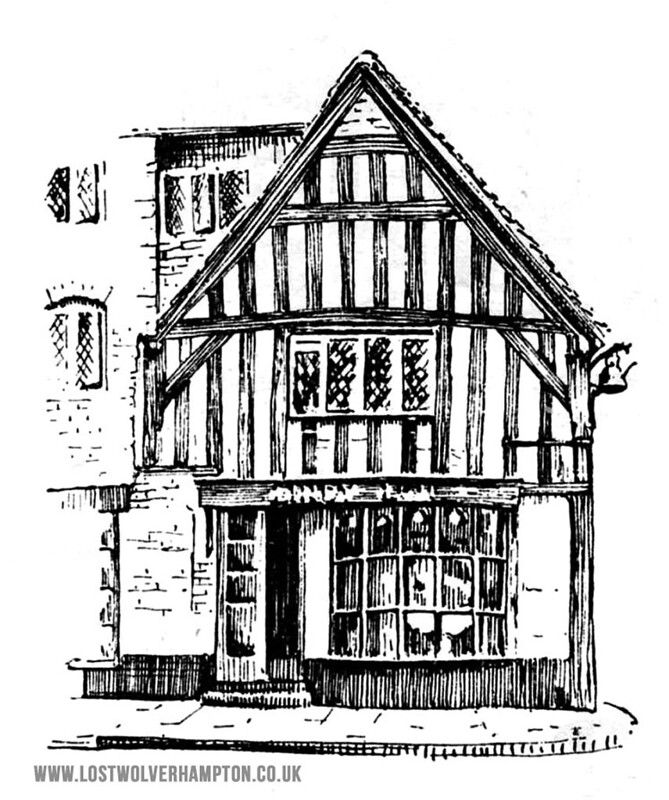 In a Terrier of Sir Walter Leveson’s Wolverhampton estates dated 29th September 1609, one of his eighty or so tenants is named as Nicholas Worthington, occupier of one messuage and common Inne called the Hand in Tunwall Street adjoyinge John’s Lane on the South Syde.

There can be no doubts in identifying this Inn site. Tunwall Street is the ancient name for Victoria Street, and Johns Lane most of which is now absorbed in to the Mander Centre.

On the 12th June 1750 the freehold passed to John Jesson of Graseley, a prosperous Wolverhampton Attorney.
As to the occupancy during its ownership of the Jessons the Town rate Books have survived, and local trade directories give a few clues.
By 1818 the property or part of it was being used as a Bakery by Edward Farmer 19 Cock Street.

Finally, in 1873, Henry Hughes established his bakery business and the very long family connection of the following century is to well known to need. a repetition here.

The writer was shown over the building in 1957 courtesy of the then present Mr Hughes who had recently renamed the former “Copper Kettle” – “Lindy Lou.”

At the front of the shop premises in Victoria he had opened a business similar to the Mothercare shops today. At the side of the shop in St John’s Street, he was stocking Fruit and Veg.