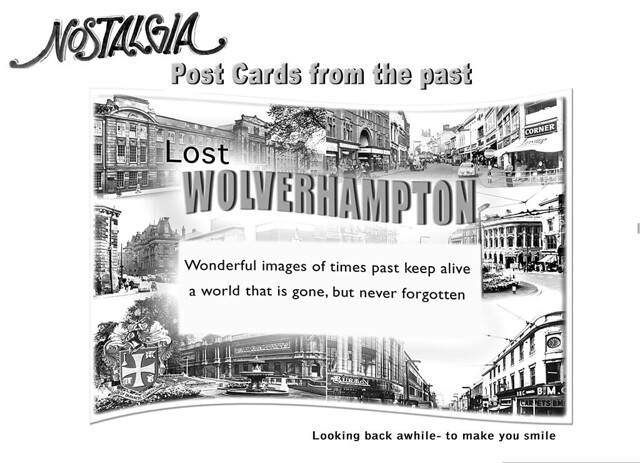 Two trolley buses pass the top of Fryer Street.
For those not acquainted with Victoria Square at that time.
On the top left of Fryer Street at that time stood The Sir Tatton Sykes public house.
Opposite the public house, behind the hoardings on the right of Fryer Street, is a garage used by the Victoria Hotel.
Pleasant memories are brought to mind by the two posters.
The 1st shows the programme at the West End Cinema, Colman Street, Whitmore Reans later to be re-named the Rex.
And below it, we see The Great Dante is again appearing this week at the Hippodrome in Queen Square.
The Great Dante was a highly rated magician from America.
He would pack the house out every time he appeared there.
I recall him at the end of the war years.
He cut a fine figure in his a top hat and tails,
After completing some illusion and the eventual applause had died down.
He would say “Sim Sala Bim”
A distant call from the past
Any more fares please!  – was the conductor’s cry
It’s my belief, the omnibus of today;
Will never achieve the affectionate regard of the public that the trolley bus once had.
Today’s bus stories don’t seem to appeal to one’s imagination as the old trolley bus ones did.
See what do you think, from this story related to me by a long gone resident from Horseley Fields.
At the bottom of Railway drive in Victoria Square was the terminus for the Tettenhall trolleys.
Which swung right round the square and back up to their departure stop outside the General Post office in Lichfield Street.
The Whitmore Reans – Darlaston route also traversed Victoria Square,
But continued around the small island at the top of Horseley Fields then via Pipers Row towards Darlaston.
Now, whenever a vehicle had to do a turn of the “Main Line”, the conductor had to alight and pull a cable or handle fitted to the traction standard adjacent to the above junction and this would set the turn of the “Branch”.
It would only remain set for the branch while the conductor held the handle, and as soon as he or she released it the turn-out was re-set for the “Main Line”.
This manoeuvre, of course, didn’t always go to plan
In all events, on this occasion the conductor of the Darlaston – bound trolley whose duty it was to pull the rod was obstructed by some other traffic and by the time he reached the pole, the trolleys had passed the junction but, of course, had taken the Tettenhall direction.
Both the trolleys de-railed, and got enmeshed with the span wires, some of which broke, and the whole installation sagged down nearly on to roofs of those trolleybuses within range.
The Darlaston driver got out of his cab- he was a burly man, the conductor somewhat undersized, so there was something of a Laurel and Hardy situation.
He came wearily round to the back of the bus and said,
‘I might a’ known it. I might a’ known I’d ‘ave some bleeding’ bad luck if I ‘ad yo’on the back. I’d rather see a cross – eyed ‘ wooman than tek yo’ out for the day.’
As the incident took place just a few hundred yards away from the depot in Cleveland Road there was a tower wagon on the scene in a very short time and everything was strung up and going again very quickly.
The service continued at a steady pace once the trolley booms of the Darlaston vehicle had been retrieved – no running wires broke as luck would have it.
Memories last longer than dreams… to be continued
Facebook Comments