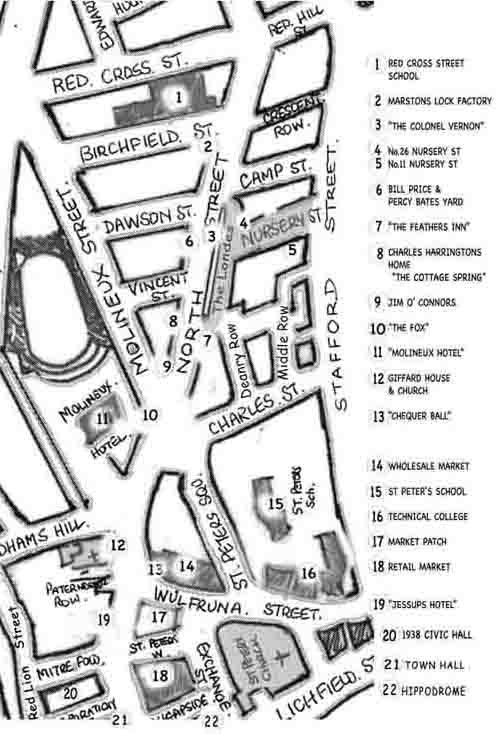 As its name suggests this street was the principal route to the North from Wolverhampton. It ran from Queen Square for roughly three quarters of a mile, and at a time between the wars, it would contain every type of trade and business you could mention, plus two Churches two Schools, nine Pubs, until it reached number ten the ‘Gladstone’ on the Corner of Red Cross Street.

It was then renamed North Road and carried on roughly half the distance again passing many other shops, fine Victorian Terraced housing, including a home for unmarried mothers, a Working Mans Club two more pubs until it reached the five ways. Joining Waterloo Road and Stafford Street to become Stafford Road.

It’s surprising how soon we forget the details regarding these once familiar buildings and this locality but I hope, you find something enjoyable in trying to conjure up visions of the the North Street I once knew.